There are a few things in life that can clear a crowded room faster than politics, but not many. It’s an inherently divisive, polarizing topic across all fronts, including the already contentious and unpredictable digital environment. Simply put, it's no wonder why publishers are wary of running political ads next to their content. 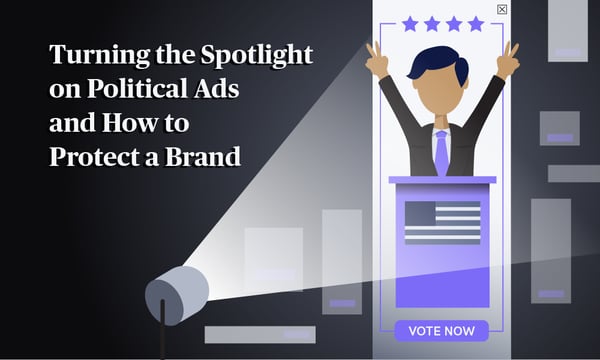 But like most things in the programmatic world, keeping political content out of ad slots is neither straightforward nor simple for a publisher to accomplish on its own. That doesn't mean it's impossible, though, as long as they understand what they're up against and take the right course of action. So let's shine a spotlight on blocking political ads and try to make this a more subdued and pleasant ecosystem as we get closer to what's sure to be a turbulent election.

Political Ads Are a Complex Problem

We understand that just discussing political ad blocking is, in some corners, a somewhat political subject in and of itself. But we assure you we're approaching it from a purely technical, apolitical stance. However, just having to make that statement demonstrates how much of a powder keg politics is these days, particularly in the highly segmented and intense digital realm.

But the problems with political ads go far beyond just that divisive nature, of course. They're also a breeding ground for misinformation and misleading claims, all of which do no favors for a publishing brand running such ads next to their content. Further, as technology advances and "deep fakes" become more seamless and believable, the lines between truth and fiction will continue to blur.

Naturally, that leaves publishers and platforms in a precarious position, forcing companies to choose between relevant, reliable advertisements and claiming a piece of a $7B windfall for this election cycle. And that assumes already overworked ad ops teams are even up to the challenge of identifying and eliminating the bad political ads in the first place.

The Secondary Effects of COVID-19 on the Ad Industry

Aside from the obviously devastating impact the coronavirus has had on nearly every aspect of society, it's wielded a host of secondary effects as well. As recent studies demonstrate, revenue has quickly dried up for the digital advertising industry, with 81% of large advertisers deferring ads due to COVID-19 and nearly 60% already slashing their ad budgets.

This leaves many publishers strapped for cash, now forced to swim in more dangerous, malicious waters to fill those ad slots. Unfortunately, that also leaves them more susceptible to those same types of misleading political ads that can easily jeopardize brand safety and the user experience. Put another way, the two-headed monster of election season and the coronavirus pandemic turns an already challenging situation into something bordering on untenable.

The Right Tools Make All the Difference

So what is the industry to do when staring at such a stark trade-off between much-needed revenue and protecting their brand from bad political ads? Well, it starts with using the right tools to defend themselves from the inevitable onslaught of election-based advertising. And as we've discussed before, it's the comprehensive solutions that make all of the difference for publishers, ad networks, and the entire ecosystem in the war against bad political ads and the rest of the ad fraud spectrum.

Using our own solution as an example of such a comprehensive approach, Ad Lightning begins by scanning the environment for offending ads, using Google Vision technology to search for particular keywords in ad copy. When we see those keywords in the copy, that ad signature goes onto our blocklist and populates our UI.

From there, we run a nightly scan process that incorporates all of those signatures, building on itself as we continuously identify additional bad ad signatures and block them. Therefore, it's a technique that only becomes more precise and effective with time. Further, we also have internal controls in place to ensure that every signature we add to the blocklist is indeed an unwanted ad. This failsafe makes certain that we're not blocking a perfectly good ad along with the revenue it generates.

That combination of scanning and blocking is exactly what we mean when we describe a solution as comprehensive. Rather than relying on a single solution tool, companies can employ a far more thorough strategy that, to be frank, is just much more effective. Also, looking down the road just a bit, publishers will soon have the ability to block particular political ads based on things like party affiliation and other more nuanced traits. Therefore, although the political environment doesn't appear to be simmering down any time soon, a solution like Ad Lightning's will always be ahead of the curve.

Ultimately, it's up to every publisher to make the right choice for their specific needs. While it's heartening to see that some SSPs are taking ad quality more seriously now, there will always be ads that slip through the cracks. In this case, those slippery bad ads focus on politics, but the same notion holds for coronavirus-related ads, inappropriate content, competitors' ads, malware, and the several other flavors of bad ads. As overwhelming as that sounds, though, publishers and their partners have access to the tools they need to protect themselves, their stakeholders, and customers. It's just a matter of embracing the right ones.