The average ad ops team has become the Swiss Army knife for the digital advertising ecosystem. While the experienced ad ops professional is still your go-to ad trafficker and soldier on the front lines of the fight for ad quality, their role has significantly evolved in the last few years, now including revenue generation and overall ad platform strategy. 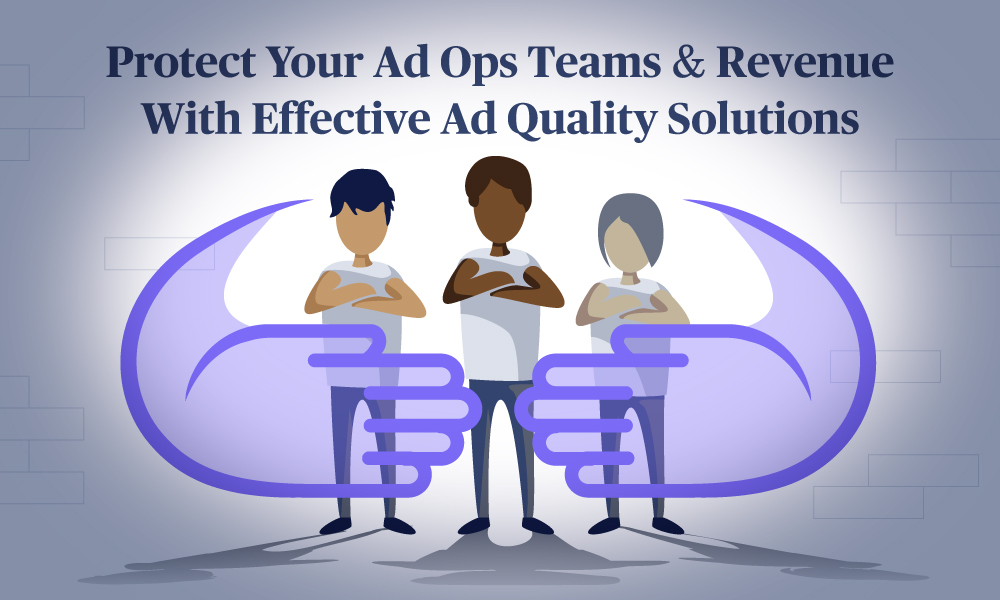 But there are problems afoot in the digital world of ad ops, issues that many participants in the digital advertising industry are just now coming to grips with. Like it or not, the industry already faces the second-highest turnover rates in the entire economy, second only to tourism. Unfortunately, ad ops are at the epicenter of this attrition, burning out faster than their peers and, therefore, leaving enterprises in an expensive, inefficient, and perpetual search for ad ops talent.

We're going to discuss the repercussions of that turnover, what it means to a company's top and bottom lines, and what organizations can do to stem those financially destructive tides. As you'll see, simply making life easier for your digital ad operations team can go a long way in keeping your labor costs down, revenue humming along, and improving your operational efficiency. And that, in a nutshell, is exactly why an effective ad quality solution should be every CFOs best friend.

Numbers tell a story. And in the case of the digital ad industry, that story isn't always comforting. According to the most recent data, the industry faces a 30% annual turnover rate, whereas the average across all the industries is about 19%. Couple that attrition rate with an already tight labor market, rising salaries, and increasing competition for talent, and you end up with an expensive, hypercompetitive landscape for publishers and ad networks.

Unfortunately, ad ops people drive much of that turnover rate, often feeling stressed out from an increasing number of responsibilities. Further, although integral to several different facets of operations – enforcing ad quality, trafficking ad campaigns & inventory management, researching and implementing new ad products & services, and many more – they also seem to operate in the shadows. Put another way, their work too often goes unheralded and taken for granted, that is, until that ad ops talent moves on to greener employment pastures and leaves a company in a serious bind.

But let's focus in on the issue a bit more using a few assumptions. The average ad ops salary is roughly $70,000/year. Between recruiting, onboarding, and training expenses, replacing a technical position like ad ops costs between 90% and 200% of the base salary, meaning a company can pay as much as $140,000 just to fill the empty seat.

And that's just looking at it from a dollars and sense perspective. Throw in the fact that it takes, on average, over three months to replace the employee, as well as the possible impact on your corporate culture and team dynamics and, when the dust settles, turnover in the ad ops ranks can be extremely destructive.

As grim as those statistics seem, all is not lost, though. It's just a matter of being pragmatic and calculated, looking for ways to keep your ad ops professionals happy and satisfied. In fact, 77% of the reasons why employees leave an organization are completely avoidable if the employer is willing to make the right improvements.

What does that mean for a digital ad industry that relies on ad ops people more and more every day, especially as the programmatic world grows in complexity? It starts with making life easier for ad ops. According to our 2020 State of Ad Quality Report, an ad ops professional spends almost a quarter of the average workweek on ad quality issues alone, with some devoting as much as 30 hours per week to it.

And that really exposes the root of the problem – how are your ad ops teams supposed to help you innovate and drive ad revenue if they spend the majority of their time putting out bad ad fires? Likewise, if a large portion of ad ops' time involves battling malware, IAB non-compliance, and regulatory issues like GDPR and CCPA, then it's very possible they're not satisfied with their role in your company. Between that dissatisfaction, an overflowing plate of responsibilities, and continually rising expectations, it's no wonder why turnover in ad operations is a serious problem for the industry.

Ad Quality Solutions to the Rescue

But as we said, all is not lost. An effective ad quality solution gives publishers and ad exchanges a potent defense against the ever-evolving parade of fraudsters and the tricks of their destructive trade. That's why the better ad quality platforms are just as much of an asset to a CFO as they are to a CIO.

By adopting a comprehensive, holistic solution to bad ads, an organization isn't just protecting its brand and customers, but it's talent base as well. Advertising operations doesn't have to devote countless hours to the war against bad actors. Instead, they can invest that valuable time into driving monetization strategies, working with sales teams, ensuring efficient ad trafficking, and putting their innovative skill sets and knowledge bases to use in ways that promote a healthier top line.

Along the way, since happier and more fulfilled ad ops talent are far less likely to leave the company, ad quality solutions drive the bottom-line as well with lower labor costs and consistent, motivated talent. That's how we look at ourselves here at Ad Lightning – as a partner that helps companies and the online advertising ecosystem far beyond the most obvious ways like blocking bad ads, preserving ad quality, and protecting your brand. Our effective solutions also help keep your most vital talent happy, and that’s competitive edge that's tough to beat.