With such a fast and furious stream of headlines these days, we wouldn’t blame you if a few noteworthy items slipped through the cracks. However, given its importance to the industry, we would be remiss if we didn’t point out Google’s recent announcement about its new commitment to blocking resource-heavy ads in Chrome. And while it’s definitely a massive boost in the ongoing battle for ad quality and a satisfying user experience, it’s still something that publishers must prepare for. 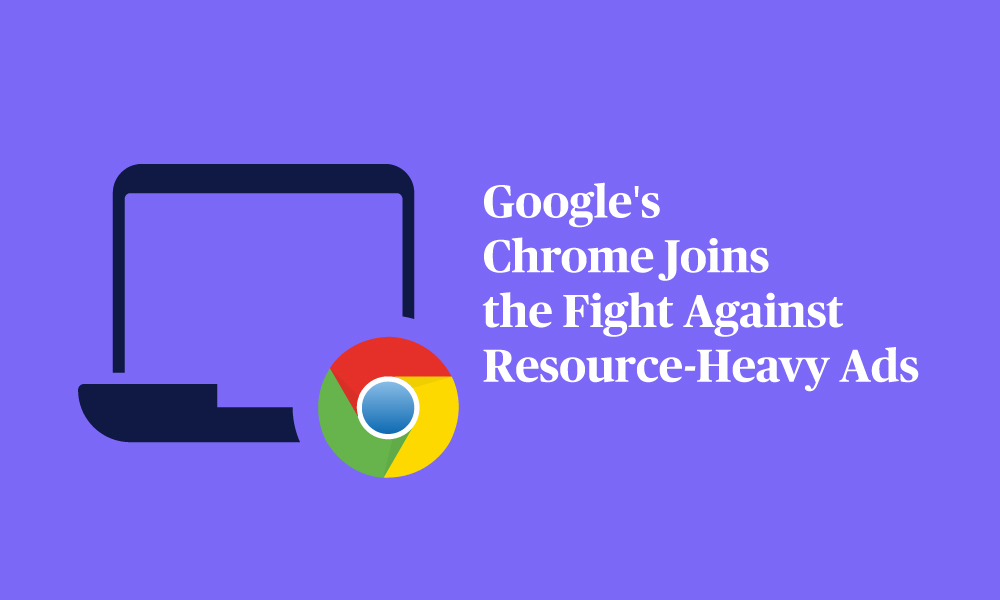 In fact, as discussed in its recent announcement, Google researchers found that a mere 0.01% of digital ads use more CPU or network bandwidth than the other 99.9% of advertisements. You don't have to be a mathematician to see that a minuscule amount of bad ads exact a massive toll on the entire ecosystem, particularly the UX. As a result, Google developers are establishing a specific set of initial thresholds to identify the troublemaking ads:

Once the new feature is out of beta testing in late August, Chrome will begin blocking ads that exceed any of those three thresholds. Between now and then, Google developers will continue to experiment with the feature, so it's possible that those figures could change somewhat for the official rollout. However, at current levels, while just 0.3% of ads surpass these initial thresholds, they account for 28% of all ad CPU usage and 26% of network data consumed by ads.

If Chrome wasn’t such a dominant force, this might be a blip on a publisher’s radar. But with over 61% of global mobile market share and nearly 70% for desktops, that’s obviously not the case. Given those statistics, it’s in every publisher’s best interest to prepare for the change in late August.

But how, exactly, should a publisher do that? Thankfully, Google has been transparent in the different thresholds they’ll use to block non-compliant ads in Chrome, information that companies can use to see how their own systems stack up. Here at Ad Lightning, we already use the 4MB size threshold to identify non-compliant ads on mobile devices. Our platform gets far more granular than a static metric, though, allowing us to throttle data thresholds back and forth to provide every customer with customized insights.

In other words, our ad scanning technology can be instrumental in helping publishers understand how this new feature in Chrome will impact them. Zooming in further, we can even apply different data thresholds retroactively to show each Ad Lightning customer how this change would have affected past ad blocking volumes on their website.

Likewise, we can scan for both size and CPU usage in real-time to see how Chrome’s upcoming standards will impact operations. With these insights, along with a host of other metrics, Ad Lightning can help publishers understand and manage the large, resource-heavy ads that degrade the user experience.

Honestly, we can't help but feel validated when we see a company like Google picking up the digital torch in a battle we've already been fighting for years. And as our upcoming update will demonstrate later in 2020, it’s a fight we continue to take very seriously. Thankfully, between Google entering the fray and our own advancements, the future of the UX can indeed be brighter as long as publishers prepare well and choose the right tools.