How to Block Bad Ads Without Destroying the User Experience

Here’s a revealing, somewhat sobering statistic on the scope and severity of what publishers face these days – 80% of consumers are already so frustrated with malvertising and CPU-consuming ads, they’ve adopted some form of consumer-level ad blocker. That means, short of the perpetual safe-list dance many publishers perform with such consumers, you’re not getting the impressions you work so hard for with said audience. 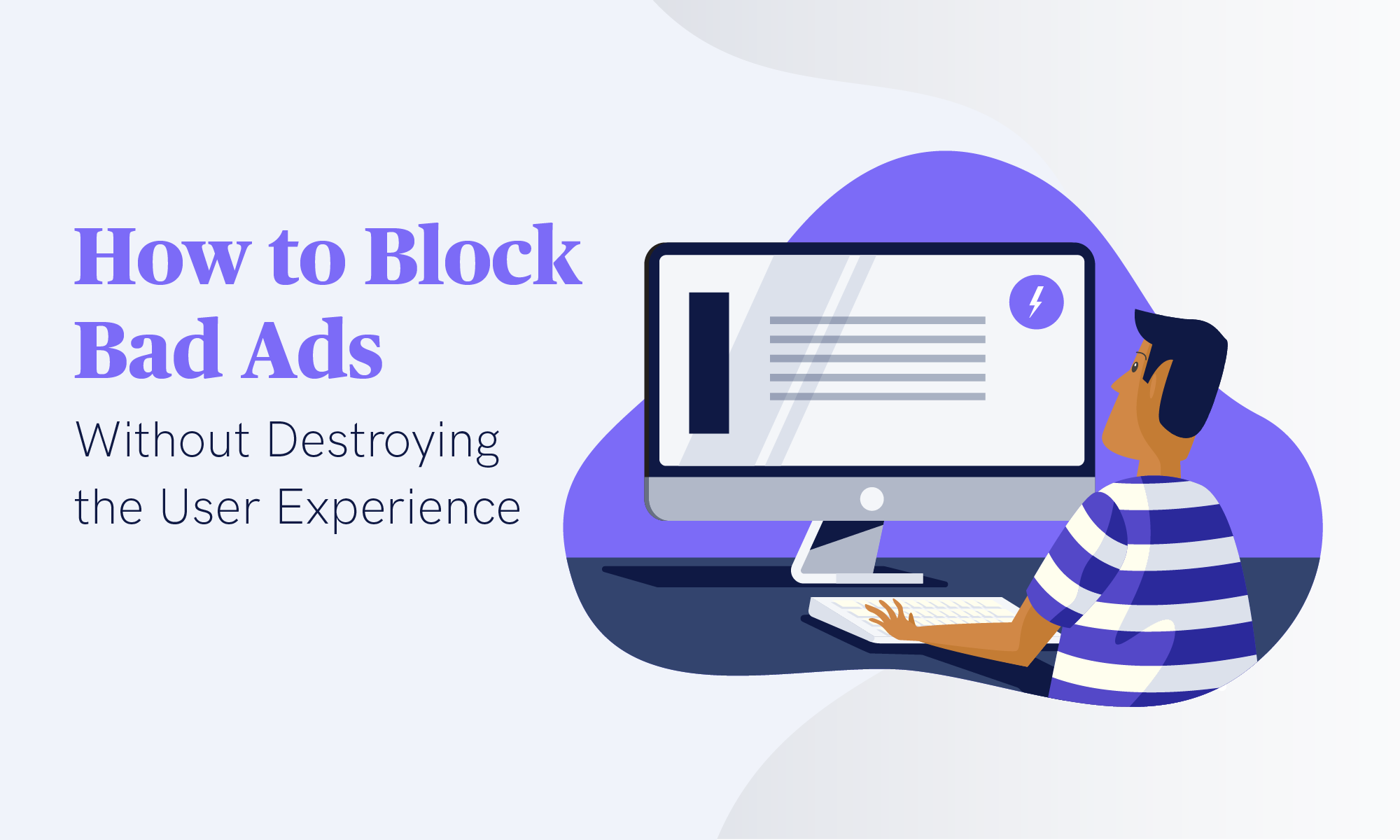 But that figure is emblematic of the ecosystem’s current state. Your customers have very little patience for a bad user experience. And as we’ve discussed before, it doesn’t matter if the UX issues come from upstream because the user will almost always blame the publisher.

That obviously leaves you with a bit of a quandary. Bad ads are already a key contributor to destroying the user experience. But is it even possible to block them and maintain an impeccable UX? The short answer to that question is yes and, as you might’ve guessed, Ad Lightning has a few insights on what publishers can do to stop the fraudsters while preserving the UX.

Latency is arsenic to the UX and your brand. And as I said, users simply don’t have the patience to sit around and wait for a page to load tons of elements along with the cumbersome blocking scripts of certain ad quality solutions. In fact, as these statistics from Google demonstrate, mere seconds of latency have a direct and significant impact on your bounce rates:

So what’s a publisher to do? You can’t go without an ad quality solution because the bad actors would have a field day with your website and customers. But you also can't use many latency-laden "solutions" in the marketplace because they’re so detrimental to a great UX.

The answer is to use an ad quality solution that is both fast and carries a heavy stick. Using Ad Lightning as an example, we focus on an extremely lightweight script cached in the browser. This way, it’s very quick to execute and, thus, doesn’t negatively affect the UX while also minimizing network latency for parallelism. That’s not to say, however, that you’re sacrificing performance for speed. Our goal is to give you the best of both worlds – speed as well as incredibly potent ad quality protection.

Blocklists are an essential tool to maintaining a great UX and belong in any effective ad quality solution’s arsenal. Unfortunately, some ad quality providers forego static analysis tactics like blocklists, possibly leaving publishers susceptible to bad ads that other techniques swing and miss on.

Perhaps some people don’t appreciate static analysis techniques like a blocklist because of its elegant simplicity. Basically, a blocklist keeps a running, real-time tab on known threats. Every time a page loads, it checks the ad payload against the blocklist. And when it identifies a match it – you guessed it – blocks the malware from rendering.

And since a blocklist can be cached in a web browser, it doesn’t work against my previous insights on speed. But like any ad quality tool, all blocklists aren’t created equally. Therefore, if the thought of static analysis intrigues you – as it should – then be certain to choose a provider that feeds sufficient inputs into the list. Long cycles typically mean too many threats are left off of a blocklist and, therefore, leave your site and UX vulnerable.

Dynamic Analysis: The Second Haymaker in a One-Two Punch

My third and final tip on blocking bad ads while preserving the UX involves dynamic analysis. When used in conjunction with static tools like blocklists, you’re able to form an exceptionally formidable defense against the fraudsters and their malicious tactics.

However, just like blocklists, there are different ways to implement and use dynamic analysis, and your choice between them largely determines the effectiveness of your ad quality approach as well as the user experience. Here at Ad Lightning, we quickly perform a blocklist analysis, then parts of the ad payload serve as the proverbial canary in the coal mine to test for malicious behaviors, all in real-time.

As we go, we add any identified threats to back to the blocklist, meaning our one-two punch of static and dynamic analysis techniques feed off of each other and only grow more powerful with time and use. And from a UX perspective, since this all occurs in real-time, publishers avoid the deadly effects of latency on a user’s patience.

Ultimately, by using these tools built for speed and agility, you’re reducing your bounce rate, maximizing impressions and ads served, and protecting your brand and the UX. It’s something we’re passionate about here at Ad Lightning. And we’re not going to stop until all of the fraudsters are in the ecosystem’s rearview mirror.