I probably don’t have to belabor what the digital ad industry – as well as the world – was up against during Q2 2020. Even saying it was historically turbulent doesn’t seem to quite do it justice. But here we are, looking back at that tidal wave of bad ads and actors that first came ashore in March, and can’t help but beam with pride and confidence. Sure, the battle is far from over, but it’s amazing to see how the combination of vigilance and the right solutions can effectively address even monumental challenges. 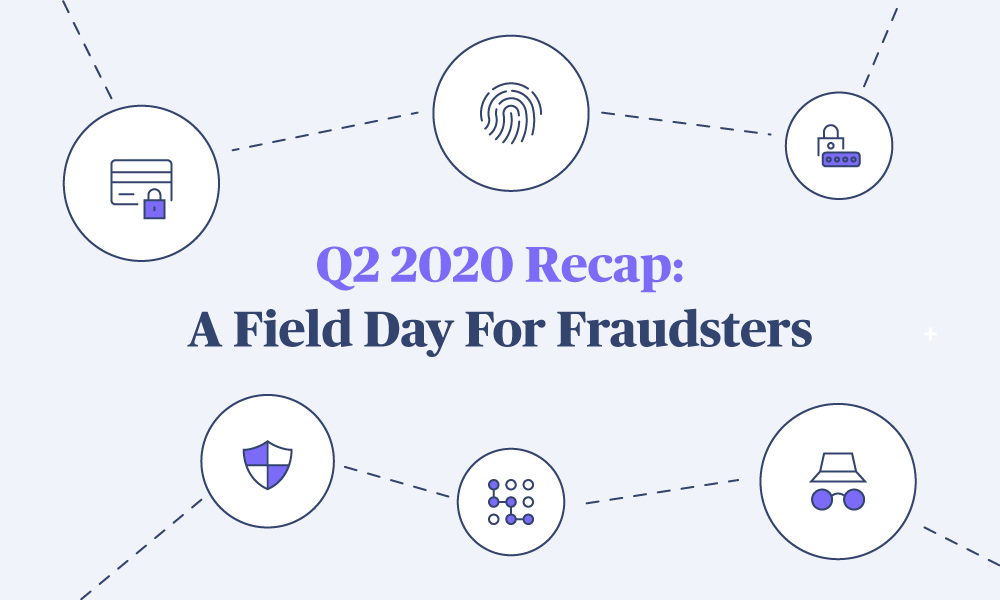 But while most of the ecosystem now has its eyes focused on “new normal” and the road ahead, I didn’t want the massive learning opportunity that was Q2 to pass by without pausing for a moment to see what we can cull from its challenges. I, for one, tend to look back at Q2 as validation that, although we’re nowhere near the finish line, the industry has the right tools available to ultimately put the bad actors in their place.

To put the numbers from Ad Lightning’s Q2 2020 Recap in context, you probably only need to keep a single fact in mind – malicious activity nearly doubled from Q1 to Q2. As we said back in April, our block volumes reached all-time highs, posting a 168% increase from Q1, and it didn’t slow down significantly from there.

Aside from the typical onslaught of assorted bad ads we routinely identify and block, we also saw the toxic convergence of plummeting ad spend in lockstep with fraudsters more than willing to fill the gaps with fraudulent ads for bogus ventilators, masks, and coronavirus “miracle cures.” In fact, when panic over COVID-19 was really hitting its stride toward the beginning of Q2, Ad Lightning saw a 200% week-over-week increase in such bogus ads.

Business As Usual For Bad Actors

Of course, as I mentioned, it’s not like everything on the malvertising front during Q2 was pandemic-related. Unfortunately, COVID-19 just added fuel to an already raging fire. Of particular note were a few data points in the breakdown of Ad Lightning’s 100+ million malicious blocks throughout the second quarter:

Given that redirects comprised roughly 30% of our total blocks in Q1 2020, the rise to 45% is a somewhat disconcerting turn of events. But it’s also proof-positive that publishers must remain ever-vigilant against bad actors.

If you recall, in our 2020 State of Ad Quality report, nearly 40% of industry participants felt the severity of redirects had decreased in 2019, where redirects even fell to second place as the most worried about industry threat. However, since ad fraud is a perpetual game of whac-a-mole, just with incredibly high stakes, publishers can never let their guard down.

Zooming in for a moment on the redirect issue, Ad Lightning identified a flood of redirects specifically targeting US and German devices during Q2, both mobile and desktop, impacting millions of users over a three-day period. And that’s on top of several other examples of redirect campaigns trying to drive traffic to various domains with malicious intent.

Besides the significant uptick in redirects, Q2 also saw a dramatic rise in malicious browser extensions. These are unwanted programs that run on a user’s device, typically performing unwanted actions and even hijacking ads. And with a 195% increase in such extensions since the first of the year, it’s fair to say that malicious browser extensions are very much on Ad Lightning’s radar for serious emerging threats.

As we venture into the second half of the year, we expect to see another reshuffling of the malware deck as we get closer to the November election. Political ads are bound to be a major point of concern for publishers in the coming months – along with the usual suspects of redirects, malware, and others – as well as COVID-related ads if the fall and winter are as rough as many experts predict.

So what does that mean for publishers and the rest of the ecosystem? As challenging as 2020 has been thus far, it probably still has a few more tricks for the digital ad industry up its sleeve. It’s more important than ever to choose an ad quality partner that attacks ad fraud from multiple angles at once rather than just relying on a single tool. And that, of course, is exactly what you get from Ad Lightning – an agile solution that suffocates ad fraud with industry-leading technologies.